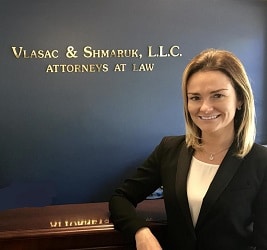 Case 1: An 87 year old man tripped on a defective curb/sidewalk at his condominium association. He sustained a broken hip requiring surgical intervention. The matter settled for $130,000.00. The defendant greatly contested liability, since the plaintiff was not able to point out with certainty exactly where he fell.

Case 2: A 46 year old man was struck by a truck while riding his bicycle in the early morning hours. Defendant left the scene, denied ever striking the plaintiff, and contested liability. Plaintiff sustained a herniated disc and a bulging disc in his lumbar spine requiring surgery. The matter settled two weeks before trial for $225,000.00.

These cases were settled neatly by the hard work and diligence of Mrs. Kofman-Delgado. The attorneys at Vlasac and Shmaruk work tirelessly to ensure our clients are awarded the best possible outcome for their injuries.