$1.2M Settlement from Schools who “Passed the Trash” and Covered Up Sexual Assault on Student 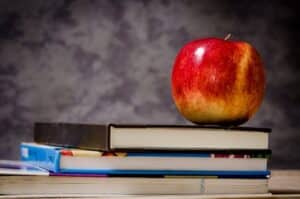 In a matter that has been recently covered nationally in the news, and is leading the debate in New Jersey by reforming legislation regarding the reporting of the actions of teachers and educators, partner John M. Vlasac Jr. achieved $1.2 M for our infant client who was sexually assaulted by a teacher in a Somerset county school.

Our client was a female student attending first grade at a Somerset county school when she was assaulted by her teacher. The teacher had been hired just weeks before the subject school year began and was previously tenured at a north jersey school.  While there, evidence was brought forth that this north jersey school had multiple complaints about the interactions this teacher had with many students which went so far as to lead to an extensive investigation by NJ’s Division of Youth and Family Services. Despite this investigation and continued and multiplying complaints about the teacher’s physical interaction with young female students as well as his own statements to supervisors that he “could not stop,” this north jersey school did nothing more at first other than to withhold his pay increase. It was only after more pressure was applied by parents and other teachers within the north jersey school that the teacher was terminated from employment at that school.  At the conclusion of the relationship between said teacher and school, however, there was no reporting of his inappropriate actions towards students to the State of New Jersey. In fact, the teacher was permitted to resign under the cover of an agreement between the school and teacher that essentially stated that the they would not disclose any of his past issues at the school to anyone who may call about his employment or for a reference as long as he didn’t seek any other positions within that North Jersey county. This action is what ABC News and the NJ Star Ledger called “Passing the Trash.” The one of the very few types of searches that NJ law requires schools to run on perspective teachers is a criminal background check which in this case revealed nothing about this vile teacher, who is now serving 15 years in prison for assaulting several young girls who came forward from the north jersey school and one from the same Somerset County school where our client was assaulted. Mr. Vlasac, however, was able to uncover and secure evidence that the Somerset county school did anything but their due diligence when hiring this teacher despite being contacted by a parent from the teacher’s former north jersey employer alerting them to the issues the teacher had while employed at the school.  The Somerset County school heads ignored obvious flaws in the teacher’s credentials, such as not having one single reference from any other teacher from his former school or anyone in a supervisory role from that school where he was tenured.

As a result of the negligent and less then scrupulous actions of the former north jersey school and the negligent, if not reckless conduct of the Somerset school, our infant client was wronged in the most personal of ways. In the face of all the above evidence that Mr. Vlasac was able to uncover, both defendants denied the allegations and dragged the matter out for 5 years even going as far as denying the incident ever occurred. In the interest of sparing our young client the rigors and potentially harmful mental repercussions of a trial, the matter was resolved for $1.2 million and approved by the court as fair and just.  Our client will now have the funds for any future needs she may have. 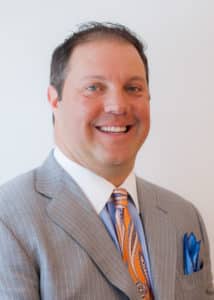