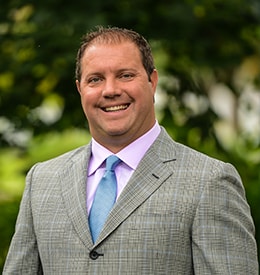 Mr. Vlasac has won millions of dollars for his clients as an established and aggressive trial attorney who has handled personal injury and other civil matters in virtually every county in New Jersey. He is Certified by the Supreme Court of New Jersey as a Civil Trial Attorney, a designation achieved by only 2% of all practicing attorneys in New Jersey. For more information on the qualifications on a Certified Civil Trial Attorney, please visit New Jersey Board on Attorney Certification, www.njbac.org. In 2005 Mr. Vlasac was lead plaintiff’s counsel before the New Jersey Supreme Court in a matter that changed the way commercial automobile polices would be written from that point forward. In 2010 Mr. Vlasac received the 11th highest award in the State of New Jersey achieved for an injury victim and is consistently in New Jersey’s top reported awards. He has been admitted to practice law by the New Jersey Supreme Court and by the United States Federal District Court. He is a member of the New Jersey State Bar Association, New Jersey Association for Justice and the Middlesex County Bar Association. He also serves on the Foundation Board of Directors for Robert Wood Johnson – Hamilton. Mr. Vlasac is the head of all civil litigation at Vlasac & Shmaruk and handles a wide range of personal injury cases including auto, truck and motorcycle accidents, construction, slip and falls, product liability (defective products), medical malpractice, and work related accidents. He also handles residential real estate, real estate litigation, commercial litigation, municipal court, and toxic/mass tort matters. Jack graduated from West Virginia University in 1997 with a Bachelor of Science in Finance and was a Sigma Chi fraternity member. He went on to receive his Juris Doctorate from Quinnipiac University School of law in 2000, where he was a member of the Moot Court Honor Society and was awarded the Deans Awards for Outstanding Legal Scholarship and Service to the University. 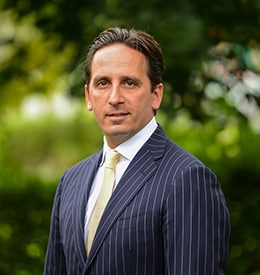 Boris founded Vlasac & Shmaruk with John M. Vlasac, Jr. in 2006. He works primarily out of the Iselin office and is the head of the workers’ compensation department at the firm. He is admitted to practice law in New Jersey, District of Columbia, New York, by the New Jersey Supreme Court and by the United States Federal District Court. Boris is a graduate of Fair Lawn High School, where he lettered in baseball. In 1996, Boris graduated from Rutgers University with a Bachelor of Arts in History and Political Science. Following graduation, Boris was employed as a paralegal with the firm of Thacher, Proffitt & Wood in New York City, working primarily on civil litigation issues. While attending New York Law School, Boris interned in the Rackets Division of the Kings County District Attorney’s Office in Brooklyn, New York. In 2000 he received his Juris Doctorate from New York Law School. Boris Shmaruk is a proud member of the American Bar Association and the New York State Bar Association. Boris’ practice consists of all aspects of workers’ compensation, Federal Employees’ Compensation Act (FECA), Federal Employers’ Liability Act (FELA), construction, slip and falls, medical malpractice, and municipal court matters. Boris is an avid supporter of the New Jersey Association for Justice and the New Jersey Association for Justice – PAC. Boris was Born in Kiev, Ukraine, and immigrated to the United States in 1979 and is active in the Russian community in New Jersey. Boris is fluent in Russian. 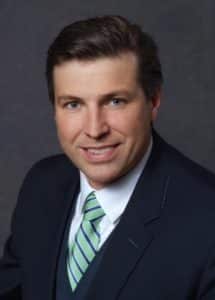 David has extensive experience representing management in labor and employment matters and prides himself on responsiveness and the ability to handle complex labor and employment matters.  Dave’s practice focuses on representing and counseling employers on a wide range of labor and employment matters, including claims under federal, state, and local employment discrimination laws, the National Labor Relations Act, and employment class actions. Dave regularly litigates employment claims brought under Title VII, ADA, ADEA, FMLA, WARN, NJLAD, CEPA, NYHRL, JAMS, and other employment-related statutes.  He handles claims in state and federal court and before the American Arbitration Association, and has experience with claims involving commissions and bonuses, misappropriation of trade secrets, breach of non-compete covenants, breach of contract, defamation, and privacy in the workplace. Dave has successfully brought to verdict bench and jury trials, arbitration matters, and administrative hearings, and has handled many appeals. Dave has successfully handled high-profile labor matters and wage and hour class action litigations. In the field of traditional labor law, Dave advises clients during union organizing campaigns and represents clients in representation and unfair labor practice charge proceedings before the National Labor Relations Board. Dave has experience in dealing with WARN; construction labor law issues, including those relating to project labor agreements; federal labor laws and regulations, including the Davis-Bacon Act; and state prevailing wage law. He also negotiates collective bargaining agreements and handles labor arbitrations for employers. Dave conducts employment training courses in harassment; workplace violence; labor-union avoidance; discrimination; disability, FMLA, and other accommodation and leave of absence issues; and public accommodation issues associated with protected characteristics. Dave was named among the New Jersey Super Lawyers-Rising Stars for 2007 in labor and employment law. He received the Soloman Award from the Reitman Inn of Court for the 1999-2001 Term. Admitted to practice in New York and Pennsylvania, as well as New Jersey, Dave regularly handles matters in all three states. Dave joined Vlasac and Shmaruk in the summer of 2018 and is looking forward to growing and expanding the Employment Law department as its head, while continuing to serve as a knowledgeable and vigilant advocate for our clients. 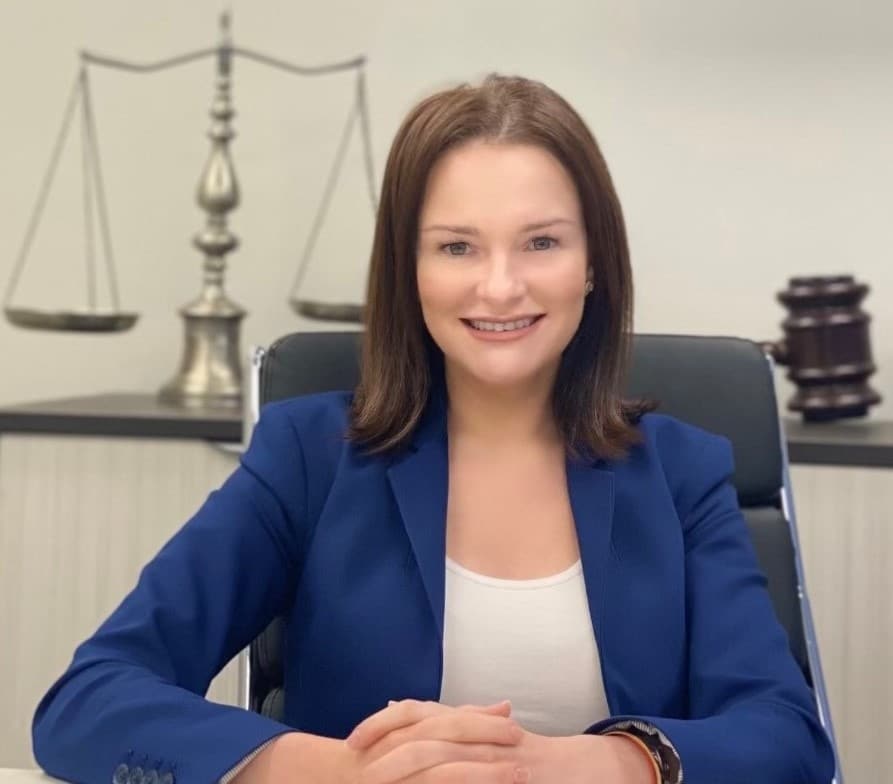 Yelena Kofman-Delgado, Esquire, has been a member of Vlasac & Shmaruk since early 2008, prior to attending law school. After graduating from law school, Yelena again joined Vlasac & Shmaruk. Currently, her practice is concentrated on all aspects of personal injury, complex civil litigation, family law and municipal court. Yelena was born in Moldova and immigrated to the United States in 1992. She is a 2004 graduate of Marlboro High School. Yelena graduated from Monmouth University in 2007, completing her B.A. in Political Science in just under 3 years, earning Phi Eta Sigma Honors in her first year. She graduated Magna Cum Laude and as member of Pi Sigma Alpha, National Political Science Honor Society. Yelena received her Juris Doctor from the Rutgers School of Law-Camden, where she earned the Pro Bono Publico Award for her pro bono service in the Camden community. While in law school Yelena taught courses in Constitutional law to numerous inner city Camden high schools. She participated in the Summer Law Institute and New Jersey Law and Education Empowerment Program (“NJ LEEP”), helping empower youth from under-served neighborhoods in Newark, New Jersey to achieve greater educational success. Yelena is active in the Russian community in New Jersey. She is a proud member of the American Bar Association and the New Jersey State Bar Association, admitted to practice in all jurisdictions of New Jersey. Yelena is fluent in Russian.

Ryan P. Getz, Esquire, has been a member of Vlasac & Shmaruk, LLC since January of 2020. Currently, his practice includes worker’s compensation and personal injury. Prior to joining Vlasac & Shmaruk, Ryan handled numerous intellectual property matters for a multi-million dollar corporation. Ryan graduated from Seton Hall Prep before attending Drew University where he majored in Political Science. While at Drew University, Ryan was a captain of the club rugby team. During his last two years of college, he gained experience working at a personal injury and worker’s compensation law firm. Ryan received his Juris Doctor degree from Charlotte School of Law where he received numerous honors. He was very active in organizations such as the Charlotte Expungement and Reentry Project, the Criminal Law Society, and the Sports and Entertainment Law Society. For the duration of his time in law school, Ryan worked closely with several attorneys at a personal injury law firm. He received his third-year practice certification and handled several cases under the guidance of an attorney. After graduating law school and returning to New Jersey, Ryan interned for the Honorable John I. Gizzo, J.S.C in Essex County. Ryan is admitted to practice law in the state of New Jersey and he is a member of the New Jersey Bar Association. 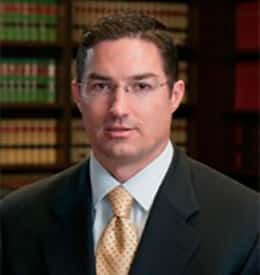 He has litigated many catastrophic fatality cases throughout the Commonwealth of Pennsylvania and the State of New Jersey and has obtained multiple Plaintiffs’ verdicts and settlements recently, which total multiple millions of dollars.

Jamie received his Juris Doctorate from Quinnipiac University School of Law and he was awarded a Distinguished Academic Achievement Award for excellence in legal research and writing. After graduation, Jamie served as a judicial law clerk for the Presiding Judge of Cumberland County, New Jersey, Rushton H. Ridgway. He then worked as an attorney for the law firms of Fox Rothschild and Stark & Stark, where he concentrated his practice in litigation and real estate. 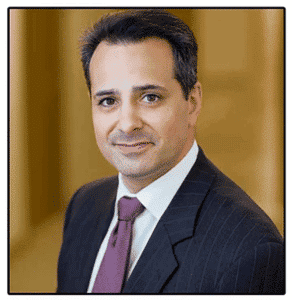 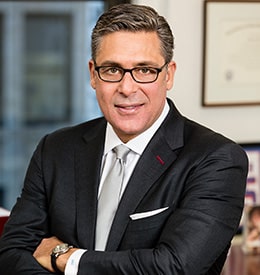 Stavros E. Sitinas has been a practicing attorney for over 17 years, focusing exclusively on plaintiff’s personal injury and medical malpractice litigation. He founded the law firm of Stavros E. Sitinas, LLC, in 2010. Prior to founding his own firm, Mr. Sitinas spent nine years with one of New York City’s prominent personal injury and medical malpractice firms. He joined the firm as an associate in 2001 and quickly moved up the ranks, becoming a partner in 2005. He developed invaluable contacts and relationships while there, which he brings with him to his new firm.

Mr. Sitinas is a seasoned litigator, with experience arguing and bringing to verdict complex personal injury cases in some of New York’s most challenging jurisdictions. Unlike some attorneys who avoid taking cases to trial, Mr. Sitinas welcomes the opportunity, as it is oftentimes the only way to secure a fair and just settlement for an injured victim. Because of his skills and tenacity in the courtroom, Mr. Sitinas is honored to count numerous defense attorneys as some of his best referral sources.

Mr. Sitinas earned both an associate degree and a bachelor’s degree in marketing from Boston University. After graduating, he spent the next seven years in professional sales, in both the construction and medical industries. He graduated from Quinnipiac College School of Law in 1996 and was admitted to the New York Bar in 1997. He also studied at Brooklyn Law School and Fordham University’s School of Law, and attended the National Institute of Trial Advocacy, one of the nation’s leading providers of legal advocacy skills training. He is admitted to practice in all State Courts of New York, as well as the United States District Courts for the Southern, Eastern, and Northern Districts of New York. He is an active member of the New York State Trial Lawyers Association and the Hellenic Lawyers Association, and also is an inductee of the Million Dollar Advocates Forum.

Mr. Sitinas is assisted by an experienced team of legal professionals, including experts in the fields of medical malpractice, accident reconstruction, economics, and product design.